Johnny-O’s – Sick of cheap cereal prizes that don’t work, Johnny decides to make himself a new breakfast cereal. But everything goes haywire when Johnny decides to put in real ray guns made by his twin sisters, and the entire town of Porkbelly becomes a city of chaos and destruction of what anyone chooses to destroy. It’s Du-Kay Johnny – When Dukey’s DNA begins to degrade, reverting him into a normal dog, the girls attempt to upgrade it, but their upgrade goes overboard, turning Dukey into a rich, snooty dog. 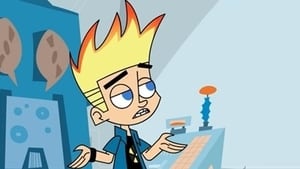