Johnny’s Left Foot – When Johnny breaks his foot in a dangerous stunt, which Hugh and Lila ground him for, his sisters step up to create a robotic one for him. Johnny vs. The Tickler – Angry at Johnny for having Wacko put in jail, his brother The Tickler decides it’s time for him to stop Johnny once and for all, so he kidnaps Susan and Mary and takes their lab, forcing Johnny to seek help in unexpected places. 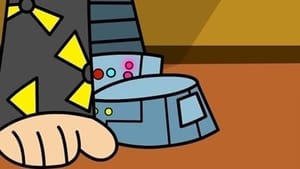