Dukey drinks a liquid which makes him turn into a monster. To make matters worse, a dog catcher (and later Mr. Black and Mr. White) are after him. Johnny wants to get a trophy to put in his trophy case. Susan and Mary get obsessed with winning, so the three of them enter The Pork Belly River Jumpoff to win 1 million dollars and a trophy. 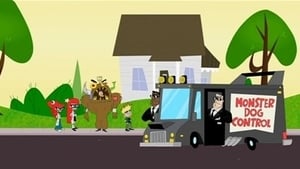