Johnny’s New Baby Sisters – Susan and Mary purposely turn themselves into babies while the parents are out, and Johnny has to keep them safe from the irresponsible babysitter Gil; this interferes with a party he and Dukey had been planning. Porta Johnny – Johnny tricks his sisters into letting him have teleporting powers. Susan and Mary mess with the powers to get revenge. Later the twins accidentally get them caught in a middle of an art robbery. 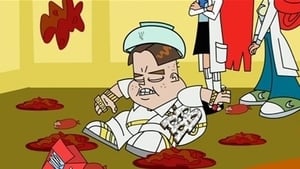