Kanna’s mother claims to be “tainted”. They all escape from the mountain but their pursuers manage to kill Kanna’s mother. Before she dies, she passes the ancient prayer to Kanna. While the pursuers are closing in, the 3 talk about settling down near the ocean, but Kanna knows this is only a dream. She takes flight but the monks curse her and she gets killed by the soldiers. Ryūya and Uraha learn about the curse and Kanna’s suffering and vow to end it by having a child who will break the curse. 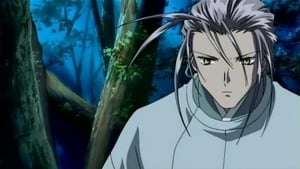