Yukito Kunisaki arrives to the town in hopes of making money for food with his puppet show. He meets Misuzu Kamio, a strange girl living in the town. Misuzu manages to lure Yukito to her house with food at which after a discussion she offers him residence. Soon after Haruko Kamio, Misuzu’s foster mother, arrives to the house. Haruko initially opposes Yukito’s stay but later decides to allow him to stay in the shed. 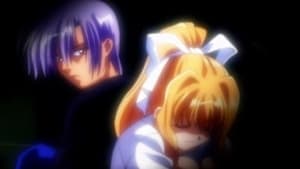